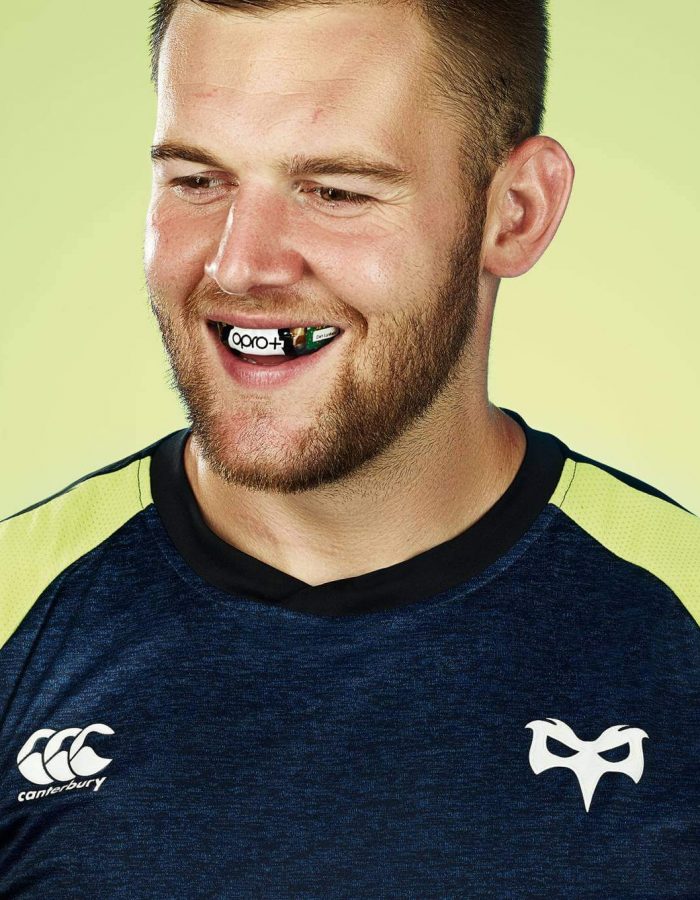 Here at the ELOHC, we also have a passion for sport. Therefore, protecting the teeth during physical contact sports is high on our priority list.

Up to 95% of dental and oral injuries can be prevented by wearing a dentist-approved custom-made mouth guard. Injuries vary from soft tissue to hard tissue injuries. Soft tissue injuries will range from mild bruising to cuts of the lips, tongue and gums as well as concussion. Injuries to the hard tissues includes small chips of the teeth, to complete avulsion (loss) of teeth and in severe cases fractures of the jaws might occur. A chipped front tooth may have severe injury to the nerve and need root canal treatment after a few years, as well as a crown. Avulsed teeth may need treatment involving the wearing of a denture until at least age 19, after which implant(s) may be placed, with possible bone and tissue augmentation.

We specialize in making custom-made mouth guards, just for you! The method we use ensures that the mouth guard is custom-made for you by taking an impression of your teeth to prevent any ill-fit. The science behind Mouth Guards demand a Large Surface area, an Elastic Material and a tight fit. Loose, rigid and thin Mouth Guards do NOT provide the same protection as tight-fitting flexible Mouth Guards of the correct thickness.

Type 1 – Available from stores. Poor fitting/retention and difficult to breath. Gives a false sense of protection. Better than nothing.

Type 3 – Custom made by a dentist/dental lab. Good retention. Easy to breath and minimal effects on speech. Ideal for youngsters that need between 3 and 4 millimetres of thickness.

Type 4 – Pressure laminated. Ideal fit, shape and thickness. This is the correct Mouth Guard for any serious sportsman or woman older than 12. No impact on speech, breathing or drinking. Max Mouth Guards are the most readily used Type 4 mouth guard in South Africa, including professional sportsmen & women. Available from ELOHC.

A concussion is a mild injury to the brain that occurs when a moving head suddenly stops moving with a hard blow to it. The brain is cushioned inside the brain by the cerebrospinal fluid. When the head stops moving, the brain continues to move and hits the inside of the skull. If the impact is hard enough, the brain is bruised and a concussion occurs. Concussion can be associated with or without loss of consciousness.

In post-concussion syndrome, symptoms may be present varying from weeks to months and in severe cases it may be present for years after a concussion, possibly resulting in permanent damage. Symptoms may include headaches, dizziness, fatigue, anxiety, memory and attention problems, sleep problems, and irritability.

How should I manage oral-facial injuries and concussion?

Firstly, always keep any teeth or parts of teeth that have been knocked out during the incident. Do NOT rinse or clean them. Place in milk or the player’s saliva and get to the dentist ASAP. Every minute counts.

What Symptoms should I look out for in the case of a possible concussion?

Post concussive symptoms can be physical, cognitive, and emotional.

It is important to note that not all concussions will include all of these signs/symptoms. If any ONE of the aforementioned symptoms (or other similar symptoms) are present, concussion should be suspected. Keep in mind that signs & symptoms may be more pronounced later or the next day after the injury. Again, it is critical to remember that a person does not have to lose consciousness to have sustained a concussion.

Call Us Today for a Consultation!

We look forward to welcoming you to our practice!